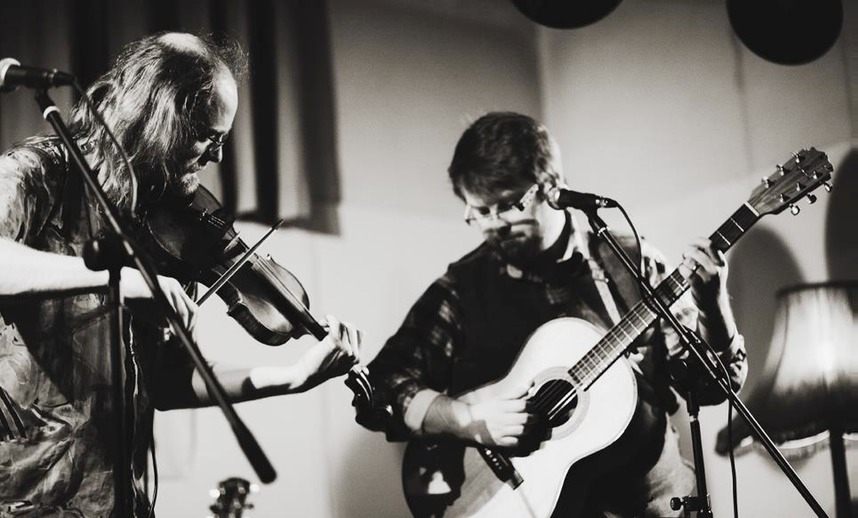 Tom Kitching and Jon Loomes are 50% of Pilgrims’ Way, at least in terms of culpability, and perhaps as much as 70% in pure biomass. Fiddle and guitar, songs and tunes, bitter and mild. Engaging, entertaining, sometimes surreal, always compelling. Bring your duck call.

Jon Loomes released his much acclaimed solo album ‘Fearful Symmetry’ in 2005, has made 2 albums with ‘Heretique’, and is a member of folk award nominees ‘Pilgrims’ Way’. He was once described as ‘A genius’ by Zoe Ball.

Tom Kitching has racked up over 1250 performances in 11 years as a professional, playing fiddle with Gren Bartley, Gavin Davenport, Pilgrims’ Way, Albireo, and many others, most of it out of the same battered T reg Ibiza with vinyl flames. He released his solo album ‘Interloper’ in 2015, winning numerous accolades, including a top ten album of the year in the Sunday Express.

“Tom Kitching is one of the best English fiddlers ever” – Mike Harding.