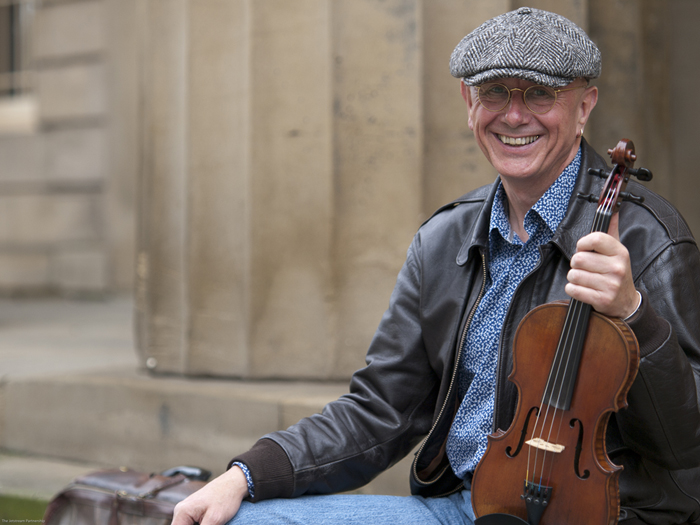 TOM McCONVILLE: Award winning fiddle player and singer Tom McConville is internationally renowned for his fiery, heart-stopping performances. Winner of BBC Folk Musician of the Year 2009, he blends traditional music from his hometown of Newcastle with Irish, American and Scottish influences, creating a sound that has jazz, folk, bluegrass & classical influence.
“Not only is Tom a fabulous fiddler and great singer, he defies gravity by performing them at the same time, whilst exuding oodles of winsome charm” Steve Tilston
“One of the greatest violinists I’ve ever heard and by far the biggest influence in my music.  A true master” Seth Lakeman
“Magnificent playing and singing. The crowd were ecstatic”  Warwick Festival

BOB WOOD: Scotland’s Bob Wood, is a warm and engaging solo singer and performer with an easy going sense of humour. A highly accomplished finger-style guitarist, his playing and song interpretations have been described as displaying a rare sensitivity, lightness of touch and great technique.