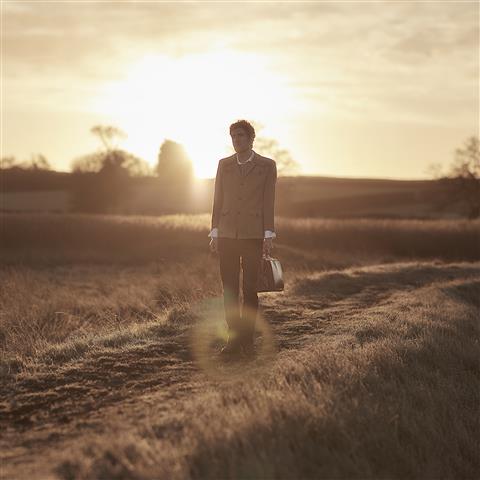 From the wilds of the mud-ridden East coast of the UK comes a wry and seemingly unlikely take on the alt-country and blues sounds of the United States, in the form of the engaging talent of Tom Parkes.

With a stage persona that is in equal parts imposing and self-deprecating, Tom has nailed songwriting early. That such an authentic Americana voice can spring from the Essex clay rather than the red dirt of Texas is a wholly welcome development and such is the wit, dexterity and excellence of the songs that the dissonance you might reasonably expect never appears.

The listener effortlessly believes in his characters – the outlaws, the unwelcome interlopers, the drunkards and the lost souls that frequent a fictional but believable bar loosely based on a real licensed premises (in Colchester rather than Fort Worth).

Tom started to make inroads into the broader music community a handful of years back with his old band ‘The Ghost Train Porters’, acquiring a fan list that included no less than the BBC’s Steve Lamacq. Despite critical acclaim the band fizzled out as quickly as they had sprung up and Tom retired to lick his wounds and plan his next move.

A slow return via highly-appreciated Maverick Festival performances and a smattering of local shows ensued and the debut solo album ‘Stranger In Town’ is due for release in June 2018.