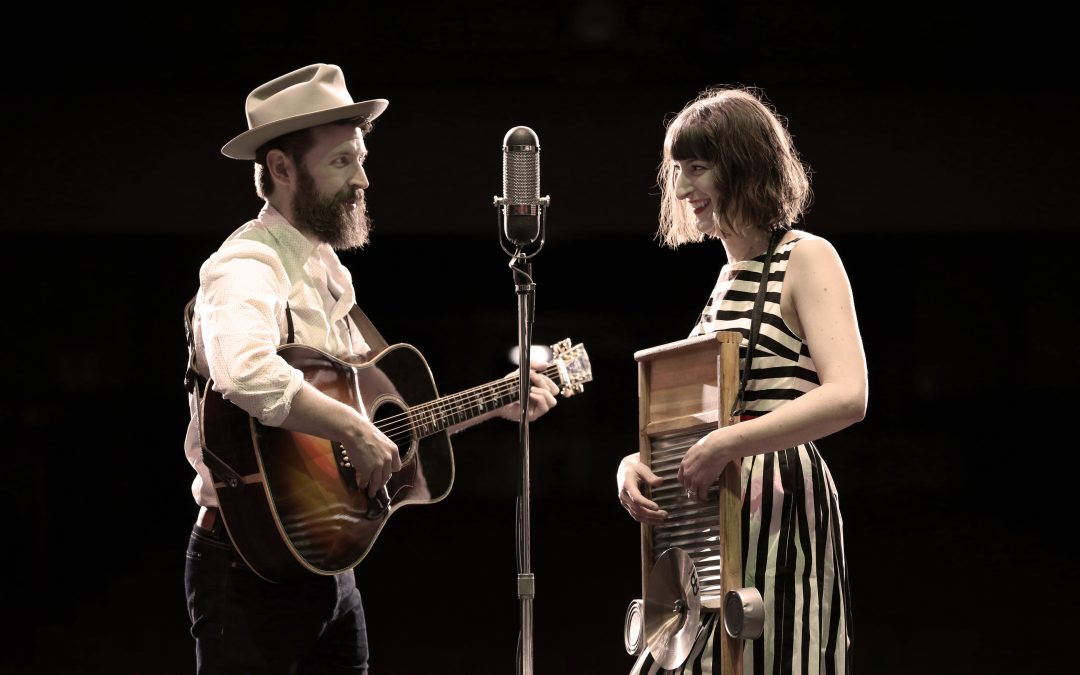 Hang onto your hats because this genre-bending power duo is ready to take you on a ride! TOMATO/TOMATO perform an eclectic mix of folk and country that will have you rolling down your windows and singing at the top of your lungs. Their live show includes jaw dropping multitasking, dynamic guitar arrangements, and soaring vocal harmonies. Stitch these elements together with compelling, heartfelt songwriting and you have an unforgettable musical experience.

Tomato/Tomato kicked off 2018 with a trip to Nashville to record their recent release, Canary in a Coal Mine with acclaimed producer, Andrija Tokic at the analog wonderland, The Bomb Shelter Studio. This studio has produced some of today’s most ground breaking records including Alabama Shake’s, Boys and Girls and Langhorne Slim and the Law’s, The Spirit Moves”. The album dropped on March 1st of this year after a steady build up of single and video releases, which premiered through acclaimed publications, No Depression and The Bluegrass Situation. The album has already received very positive reviews and has been called “…one of the most hotly anticipated roots releases of 2019”. The band signed a publishing agreement with Halifax-based, Sound of Pop and a distribution deal with MGM Metropolitan Groove Merchants. Canary in a Coal Mine has reached #1 on Earshot’s folk/roots/blues charts and has been added to official playlists on Spotify. Whether you say “Tom-ay-to” or “Tom-ah-to” – this high energy duo will have you stomping your feet, clapping your hands, and playing your air washboard with reckless abandon! With their new record, Canary in a Coal Mine being their fourth album in five years, Tomato/Tomato is always sure to be cooking up something fresh.