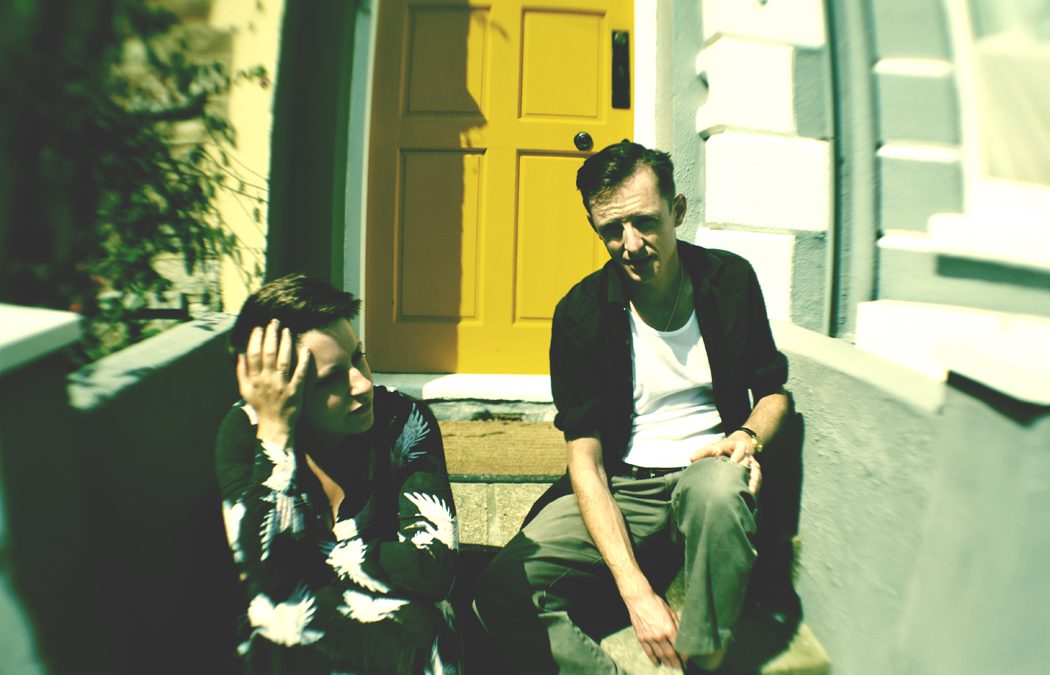 TREVOR MOSS & HANNAH-LOU
Fair Lady London’…”Recalls the golden era of Topic or the Transatlantic label… this fifth outing their most impressive yet” UNCUT
‘Moss‘s burbling guitar is reminiscent of Michael Chapman, Hannah-Lou’s cut-crystal voice like a modern Sandy Denny, but woven into the traditional structure are songs very much rooted in the present rather than the past.’ Mojo
‘…  a gorgeous paean to their new surroundings, ‘When Spring Calls’, cormorants and herons flashing about in the ‘electric blue and ebony’, a beautiful guitar figure that sounds a bit like the Velvet Underground circa ‘Pale Blue Eyes’; a song to cling to for those of us who find the dark afternoons and long nights a trial… What Moss and Hannah-Lou excel at is short stories, fragments of lives glimpsed through a Super-8 lens.’    Caught By The River
‘The poignantly bitter-sweet We Should’ve Gone Dancing is immediately and utterly unforgettable while the guitar line on Everything You Need is as beautifully infectious as something that Bert Jansch might have come up with.’   Froots
‘Pitch-perfect harmonies fused together with tremendous skill. The husband and wife singing duo have struck gold with their latest album ‘Fair Lady London” Maverick
‘Moss and Hannah-Lou make it seem easy. The arrangements are simple and deeply affecting, the melodies packed with subtle nuance.’ RnR

Lucy Kitt has been writing, performing and promoting her music as an unsigned singer-songwriter for the past 10 years.
Born in Upminster, into a music loving family she was raised by her mother and two older siblings. With Lucy’s father being a talented guitar player, it was only a matter of time before Lucy picked up the guitar herself.

From the age of 16 she formed a riot girl grunge band ‘Ostara’ with her cousin and two friends. Performing around the gritty nightclubs and bars of the East end of London is where Lucy found her love of playing live.

During her university days in Canterbury, Lucy started developing her song writing and soon became a feature on the local music scene. Strongly influenced by 70’s Folk Rock albums she heard growing up: artists like Bob Dylan, Joni Mitchell and Neil Young, Lucy writings are honest, and heartfelt accounts of her personal experiences during this poignant chapter of her life. Many of these songs feature on Lucy’s debut album ‘Stand by’, recorded over a time at SOUP analogue recording studios in London’s east end.

Propelled by her semi-finalist status at the 2006 BBC Radio 2 Young Folk awards, the live music scene beckoned, and Lucy has supported a host of musical talent ever since, including Cara Dillon, Turin Brakes, The Unthanks, Pete Mollinari and Nick Mulvey. Major UK festival slots have included Cambridge Folk Festival, The Isle of Wight Festival, Secret Garden Party, and Lounge on the Farm, and Red Rooster Festival. Having won the 2014 Gibson/Sundance song writing competition, Lucy’s songs have been placed firmly on the musical map. She has played gigs around the world, including Northern California, Sweden, Finland, Switzerland, and Germany.

The hugely successful internet sessions recorded for ‘Mahogany’, ‘Balcony TV’ and ‘On’t Sofa’, provides a pathway for the world to discover Lucy’s beautiful, vibrant, self-penned lyrics. 90,000 Sound cloud listeners eagerly await her debut album – she is now in the position where all this hard work could really start to shine.