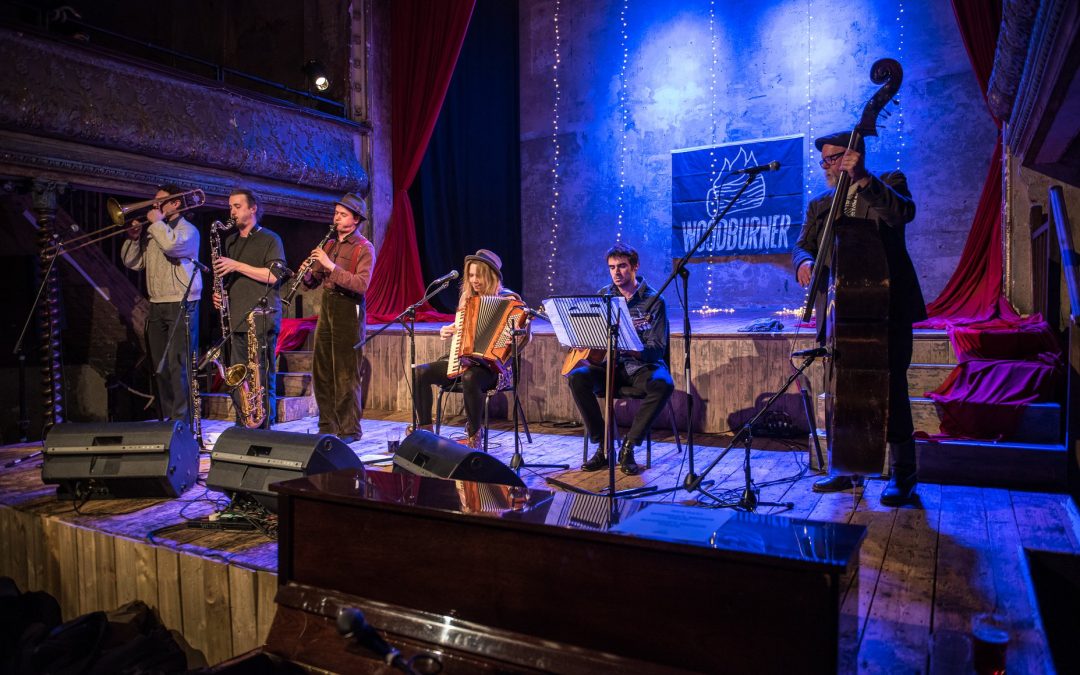 To describe Whiskey Moonface as an alternative folk group doesn’t even begin to do justice to the breadth of inspiration and style in their music. Based around double bass, accordian, and clarinet, they’re led by the superb vocals and hallucinatory lyrics of singer Louisa Jones. Capable of being both ear-to-ear-grinningly entertaining and profoundly moving, they combine elements of Eastern European traditional & klezmer music, old-time New Orleans jazz and the baroque/ chamber folk styles of Sufjan Stevens and Beirut with their own unique take on contemporary folk music to make for a superbly realised, truly beautiful, and utterly original sound. There is simply no-one in the UK making music like Whiskey Moonface.

Leonie Evans began performing at the age of 5 and has never stopped….Her never ending tour has brought her to the furthest reaches of Britain, Europe, Japan & the USA. What sets Leonie Evans her apart from just a discography and list of tour dates are the countless guest vocals, collaborations, performances in the streets and jazz clubs of New Orleans, London, Bristol, spontaneous jams at parties and festivals and, perhaps most precious of all, the sprawling web of connections growing between Leonie and her ever-expanding family of musical sisters and brothers.