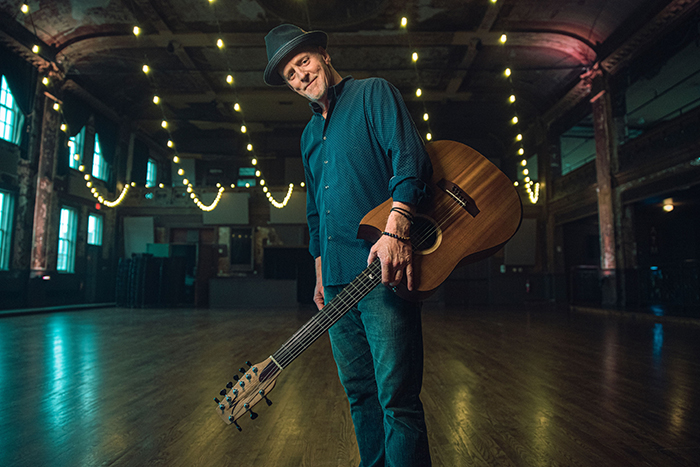 WILLY PORTER: An evening with genre bending and accomplished guitar playing singer songwriter Willy Porter.  From Wisconsin, USA, Willy is so enthusiastic to be back in the UK after a forced break of nearly 3 years for obvious reasons. His wit, charm and musical dexterity lost nothing in this period. Proven by his own, streamed “bunker sessions” on a Saturday night on Facebook – Did you catch any of them?

Some folks are lucky to find what they love to do at an early age and quietly settle in for the long haul expanding and developing their work over the arc of a lifetime.  Willy Porter is one of those artists.  He has followed his own path to explore the sacred language that music truly is.  30 years after his solo recording debut, he continues to reach further into his guitar & pen while stretching the form of what his own music can be.  He’s currently working on his 13th album for release in 2022.

“Willy Porter is a relaxed and fearless performer who’ll entertain you as well as move you.”

“Porter can captivate an audience as completely as an entire rock band.” — Washington Times