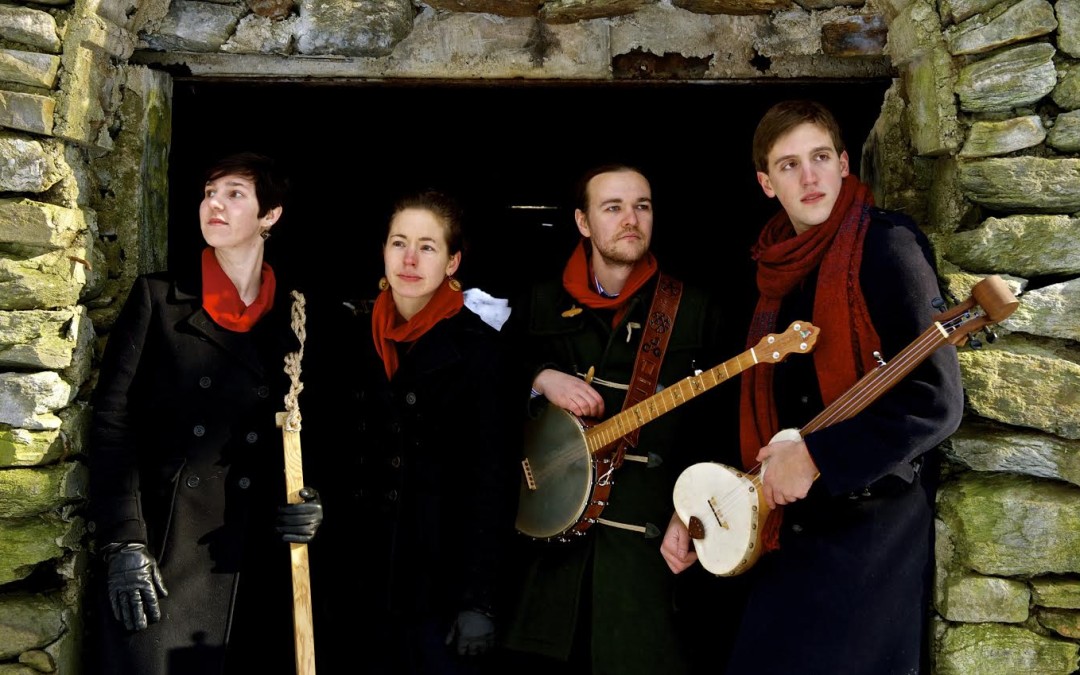 Internationally acclaimed folk band Windborne is a group of vocal chameleons who specialize in close harmony singing, shifting effortlessly between drastically different styles of traditional music within the same concert. Their musical knowledge spans many continents and cultures, but they remain deeply rooted in American folk singing traditions. Praised for “the purity of their voices, strength of their material, and attention to detail in their arrangements,” Lynn Mahoney Rowan, Will Thomas Rowan, Lauren Breunig, and Jeremy Carter-Gordon share a vibrant energy onstage – their connection to each other and to the music clearly evident. They educate as they entertain, telling stories about the music and explaining the characteristics and stylistic elements of the traditions in which they sing.

In 2014, Windborne was selected by the US Department of State to tour internationally as cultural ambassadors through music. They traveled to Turkmenistan, Kyrgyzstan, and Angola, touring with internationally known artists, performing at sold-out national theaters, and collaborating with traditional musicians in each country. They also taught music and dance workshops to schoolchildren, English-language learners, dance schools, choirs, and music conservatories.

The four Windborne singers grew up immersed in the traditional song and dance communities of New England and discovered a love of world folk music in their teens. Over the past decade, Windborne has sought out masters of traditional singing styles in the US and around the world to study a variety of vocal music.  Through these collaborations, they have developed the vocal agility and authentic sound for which they are known.  Their dynamic concert programs include songs from Corsica, the Republic of Georgia, Bulgaria, Quebec, and Basque country, as well as traditional and original American folk music.

In addition to performing in New England and around the world, Windborne has taught workshops in schools, community centers, singing camps, and universities. Seasoned teachers and song-leaders, they delight groups young and old with enthusiastic, clear, and nuanced instruction for musicians of all levels of experience. Singers not only learn the notes of a song, but also work on the varied vocal styles, language pronunciation, and gain an understanding of the song in its original cultural context.

Windborne was also the 2010 winner of the Young Tradition Vermont Showcase Competition, and has recorded several albums.

“The singers of the Windborne have a deep understanding, both musically and culturally, of the traditions from which they draw much of their repertoire. Their singing is a feast of a cappella harmony.” -Peter Amidon