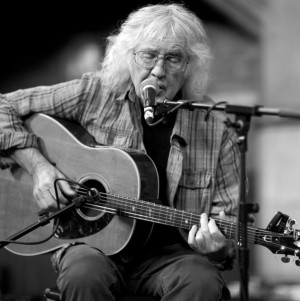 WIZZ JONES:
“Wizz Jones really is extraordinary. Along with Davy Graham he was one of the pioneering English acoustic guitar wizards of the 1960s, influencing that whole Jansch/ Renbourn/ Carthy generation and beyond (yes, people like Eric Clapton, Jimmy Page, Keith Richards and Rod Stewart too, by all accounts). By the end of that decade he’d crystallised his unmistakeable style – fingerpicking powered by a sturdy, bouncing Big Bill Broonzy thumb or a driving flatpicking inspired at the knees of Ramblin’ Jack Elliott & Derroll Adams in the late 1950s.” – Ian Anderson FRoots Magazine Dec 2011

“Fleet of finger and cajoling, remonstrating and wrestling his acoustic, he delivers a seamless flow of favourites from a fifty year catalogue. He is dry, wry and relaxed, often starting one song straight from the previous, occasionally letting us know what they are but mostly allowing us to stand and listen.” – Paul Woodgate The Borderline Oct 2014

Wizz will be supported by Dariush Kanani.