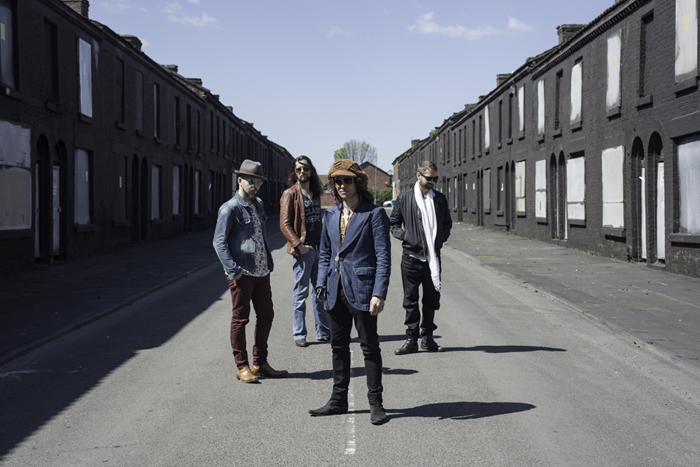 XANDER & THE PEACE PIRATES: Brothers Keith and Stu Xander were discovered on YouTube by former Gibson Brands CEO Henry Juszkiewicz and during their subsequent performances for the company at numerous international events from LA to Dubai the band caught the attention of not just an ever-growing collective of fans but also industry legends such as Eddie Kramer (Jimi Hendrix, Led Zeppelin, Kiss, Rolling Stones) and Rick Allen (Def Leppard).

In 2014 the band ended their 5-year tenure as the resident band at Liverpool’s iconic Cavern Club and went on to support the likes of Joe Bonamassa, Joe Satriani, Manfred Mann’s Earth Band, The Temperance Movement, ex-Whitesnake’s Bernie Marsden and even Bon Jovi at Old Trafford Stadium to name a few.

2016 saw the band release their debut album, titled ‘11:11’, on V2 Benelux Records, recorded at the world-famous Wisseloord studios in Hilversum, outside of Amsterdam. The album went on to receive critical acclaim from the likes of Classic Rock, Planet Rock Radio and from BBC Radio’s Bob Harris.

“The novelty of frontman Keith Xander’s guitar approach – he lodges a plectrum in the hook of his prosthetic arm – is soon overshadowed by this band’s convincing splice of soul, blues and country.” – Classic Rock Magazine, UK

“Xander and the Peace Pirates have done a number of concerts with us in Germany now and it has been a musical and personal pleasure to work with them. They are really very unusual but most importantly, they are very good.” – Manfred Mann

“Very cool. The guy plays and sings great! Hard to believe these guys are from the UK. I like it!” – Steve Lukather (TOTO)

“This guy is not only inspiring but lovely too!” – Rick Allen (Def Leppard)