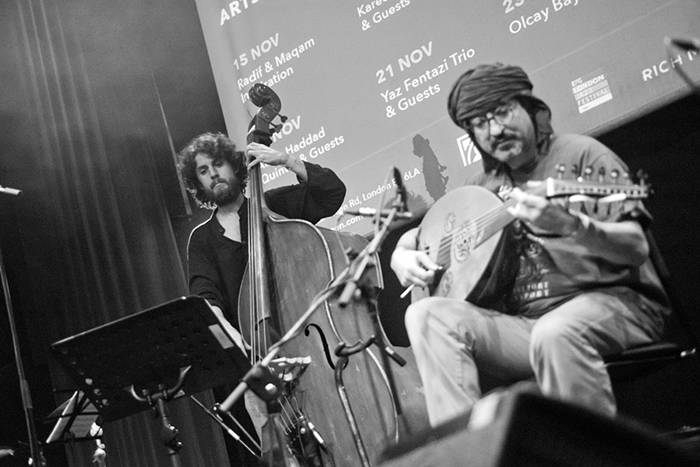 Yaz Fentazi (oud) & Robyn‬ Hemmings (upright bass), perform and give the audience a magical sense of ‘travelling’ in their minds with their very colourful and rich music that draws on the vast traditions of jazz, blues, classical and North African/Middle Eastern music.
Built around their original compositions, the Duo’s irresistible grooves and vibrant full sound create a sizzling party atmosphere. They have appeared many times on BBC radio and TV, have performed at festivals including Glastonbury, Womad and the Ealing jazz festival as well as internationally
Yaz Fentazi composes in his own words “a blend of traditional with modern music.” It is a uniquely clever and contemporary style of North African fusion, coming from a long tradition of absorbing influences. (SEN Magazine)
The Guardian has described Fentazi’s compositions as having “breadth and atmosphere, and his oud soloing, which recalls the drive and dynamism of world oud star ‪Anouar Brahem‬, is often stunning,”. (Guardian).