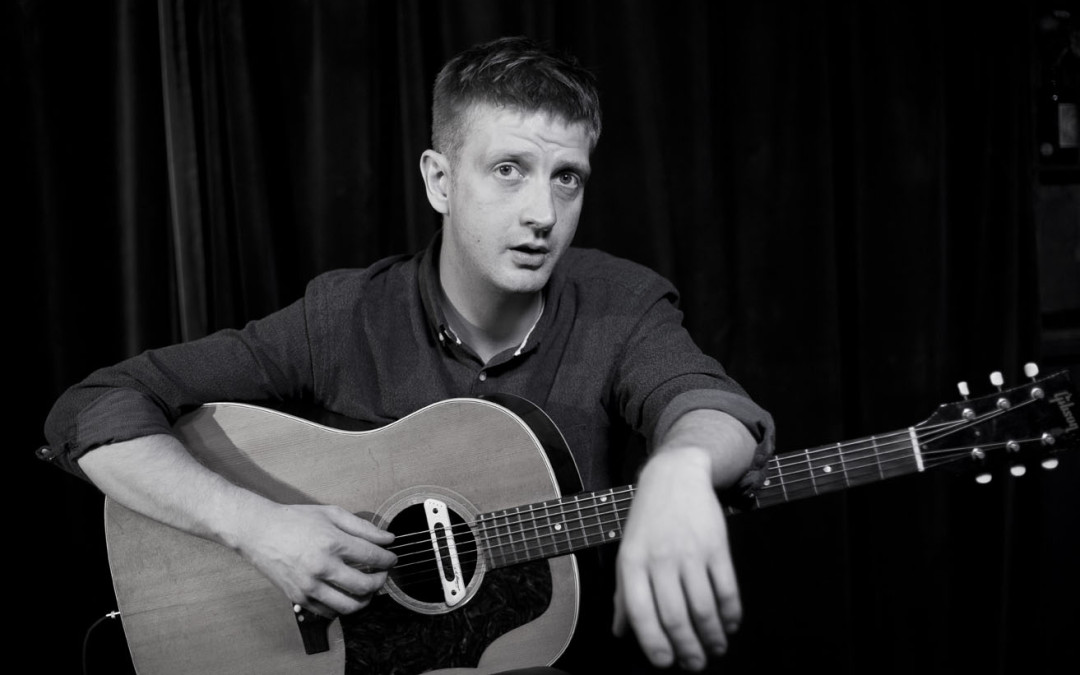 ** Due to unforeseen circumstances, Robin Elliott, who was originally booked is no longer able to play on this date. So Jack Harris & Ned Roberts have kindly stepped in instead. If you had tickets to see Robin they will still be valid for this show. Alternatively, you will be contacted by Ticketweb offering a refund **

Robin Elliott returns to the Green Note with a special preview of material from his forthcoming
full-length debut, ‘There is a Land’, performing with a hugely impressive new backing group as a
three-piece/vocal trio. Robin‘s last show at the Green Note was the sell-out launch of 2017’s stark and stunning At Sunset EP, which caused For Folk’s Sake to dub him “one of the purest songwriting talents in music today.”
‘There is a Land’ marks a move to a richer, full-band sound, encompassing Robin‘s love for daring, dazzling vocal harmonies, and showcasing his remarkable ability to unite seemingly disparate elements and forms of song in utterly coherent new ways, finding new roads across the old landscape. The record, like his live shows, mixes folk with pop and jazz, traditional forms with modern narrative subversions, absurd performance-art moves with a gruff Northern comedic sensibility. This is an artist hitting his stride, and should not be missed.

Support from… JINWOO
Brighton-based visual artist and singer-songwriter Jinnwoo’s critically-acclaimed debut ‘Your Baby’ E.P. resulted in his being named one of The Independent’s ‘Faces to Watch 2015’. His long-awaited debut album ‘Strangers Bring Me No Light.’ was released on the much respected Cargo label on 2nd Sept 2016. The album features collaborations with Malcolm Middleton, Alasdair Roberts, Kami Thompson (The Rails) and Kylie La Grange. His sparse atmospheric folk-soundscapes, laced with ghostly string arrangements and his exceptional acoustic guitar work, offer a kind of ‘spooked’ ‘gothic’ folk that sounds like no other. ‘Strangers Bring Me No Light’ is nothing short of a seminal record and Jinnwoo a true original.
The Independent – “jinnwoo is the most singular new folk talent in some time” 4/5
The Guardian – “Jinnwoo’s gothic folk-croak is a confessional reel unspooling from his innards, a tale of circling doom”
The Line of Best Fit – “A rising talent in the folk world, Jinnwoo has been setting hearts ablaze with his off-kilter guitarisms and distinct, emotive vocals.”